I started these hand towels for my grandmother, oh about 10 years ago.  Time to finish, don’t you think? 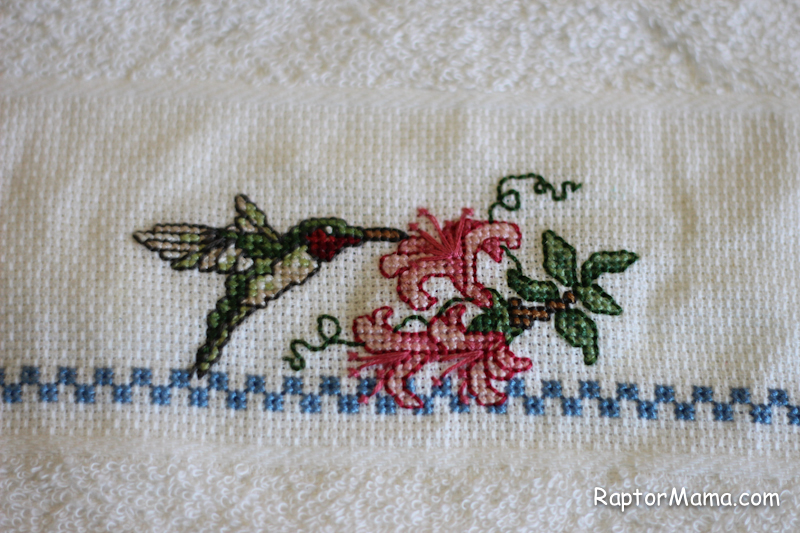 There was a deceptively small amount of actual cross stitching, but a *ton* of backstitching.  First one is done!  I really hope to have the second one finished by Sunday to give to my grandmother when I see her for breakfast.  ::fingers crossed::

In other news, I think we’ve just about decided to pull Kate out of preschool for June and July.  (We’re pretty much decided on July, but June’s still up in the air.)  What’s that mean for the blog?  I’m going to be  putting together a Letter a Week curriculum for this summer.  I might actually do 2 letters a week so that we can get through the whole alphabet.  Kate already knows her letters (frankly, she’s just about taught herself to read) but she and I both love theme activities and there’s a bit of a dry spell between Easter and Halloween.  lol.  I figure the letters will help give us a focus.  Hmm…  How many weeks are there until October?  Maybe I’ll start now.  🙂  More details next week once I decide on some.

Update: I just counted and if I start on Monday there are exactly 26 weeks between then and the first full week in October.  It’s a sign!  I think we’ll be starting on Monday.  🙂  I suspect that some weeks will have lots of stuff and some weeks will have very little, but I love having a plan.  I’m off to Pinterest.  🙂

And I <3 this rainbow chevron paper.  I’ve actually used it all up!  Clearly I need to order some more.  🙂 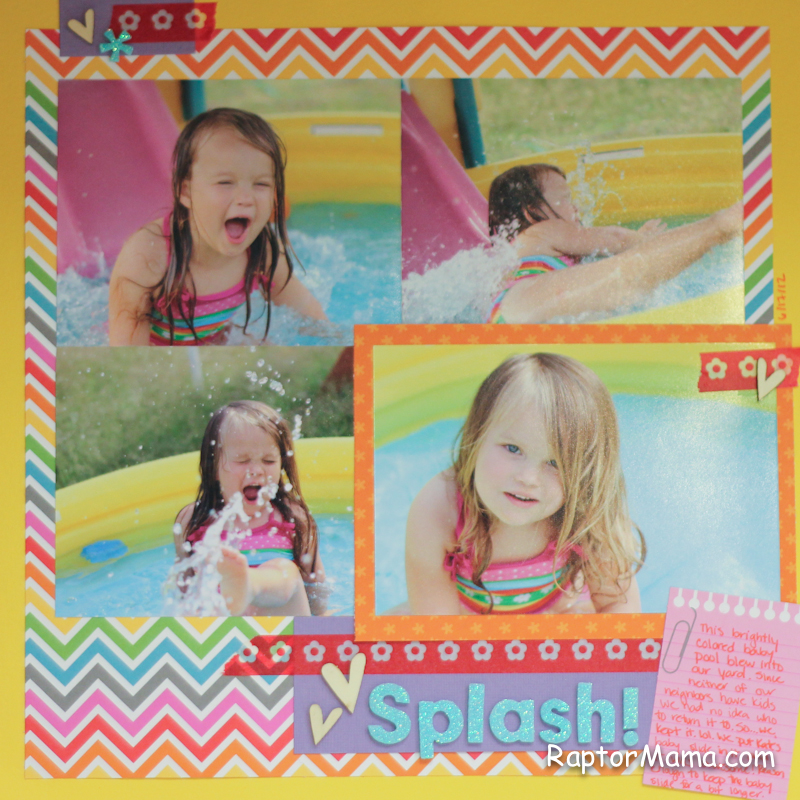 This page actually went together pretty simply.  I cut the chevron paper down to 11×11 and taped it to the cardstock background.  I trimmed the photos a bit, and then matted the focal point photo in the orange paper.  Then I slid a scrap of purple cardstock underneath. 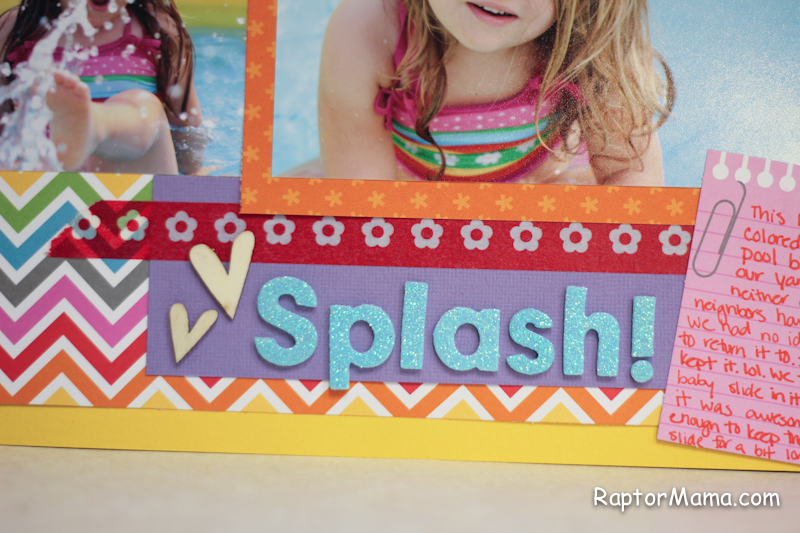 Title is these glorious glitter foam thickers (These might be a slightly different color.)  I may need to order a case of them.  I used the journaling card out of the library pocket and saved the pocket for later.  A bit of washi tape, a few wood veneer hearts and it’s done! 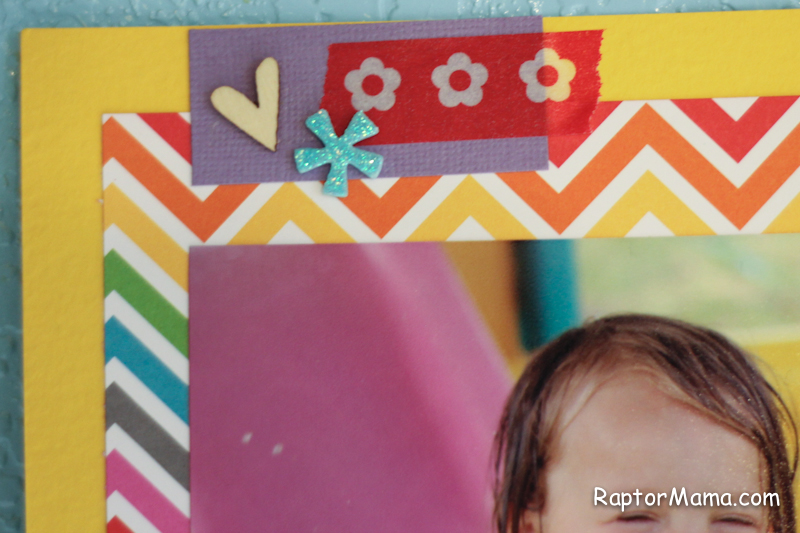 I repeated those elements at the top. 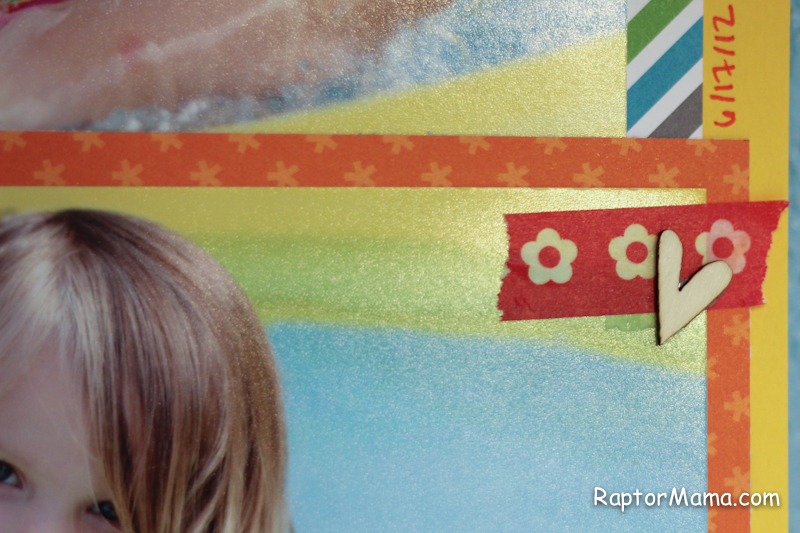 I left the cardstock off of this one because it felt too “heavy.”

I have a bit of a canvas obsession.  More to the point, Raptor’s best friend happens to be the son of an amazing photographer and her photos are drool worthy.  I’ve said it before, but you just can’t place a price tag on professional pictures!  We had a session this past December and I had a terrible time deciding on which images to enlarge because they were all amazing.  I finally decided on these 3 and I’m thrilled with the end results. 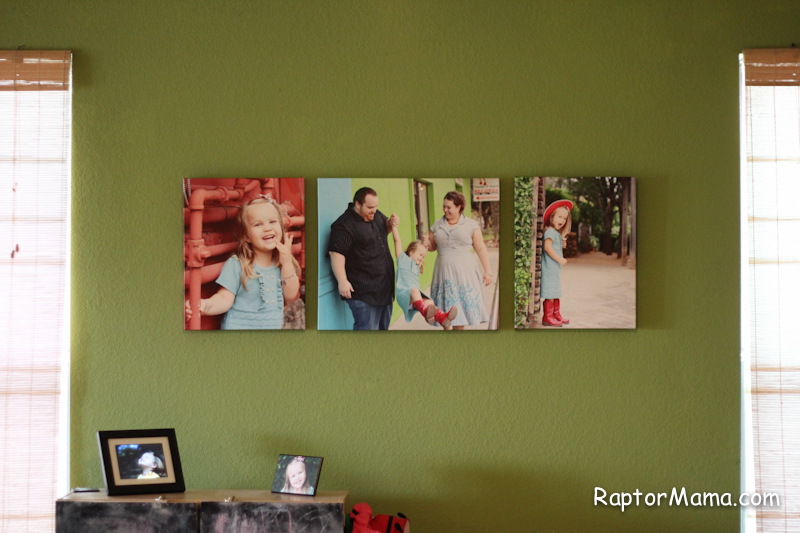 I ordered these from FramedCanvas and I’m very pleased with the quality.  They took forever to get here, but they were worth the wait.  The center canvas is 20×24 and the 2 outer canvases are 16×20.  I deliberately didn’t crop the photo so that you could get a sense for the size of the canvases.  I have them between 2 large windows in my living room.

2.  Organize/edit/select DSLR photos and phone photos from RaptorDad’s phone for Project Life for October, November, and December.  I have October done, but sadly not November or December.

3.  Organize/edit/select photos for Kate’s scrapbook for October, November, December.  Once again, October is done, but not November or December.

4.    Done!  And I’ve been super happy with it.  I’m using an app called Paprika and it’s made it very easy for me to manage our meal plan.

I didn’t do so hot this month, but  RaptorDad did put in a garden so that should count for something.  🙂

1.  Finish June, July and August in Kate’s scrapbook.  Only 11 layouts so it *should* be doable.

4.  Organize/edit/select photos for Kate’s scrapbook for November, December and January.

5.  Start digital Project Life!  I would like to have at least the first 3 weeks of April done.

I seem to be going a bit overboard here so I’ll stop with those.  🙂