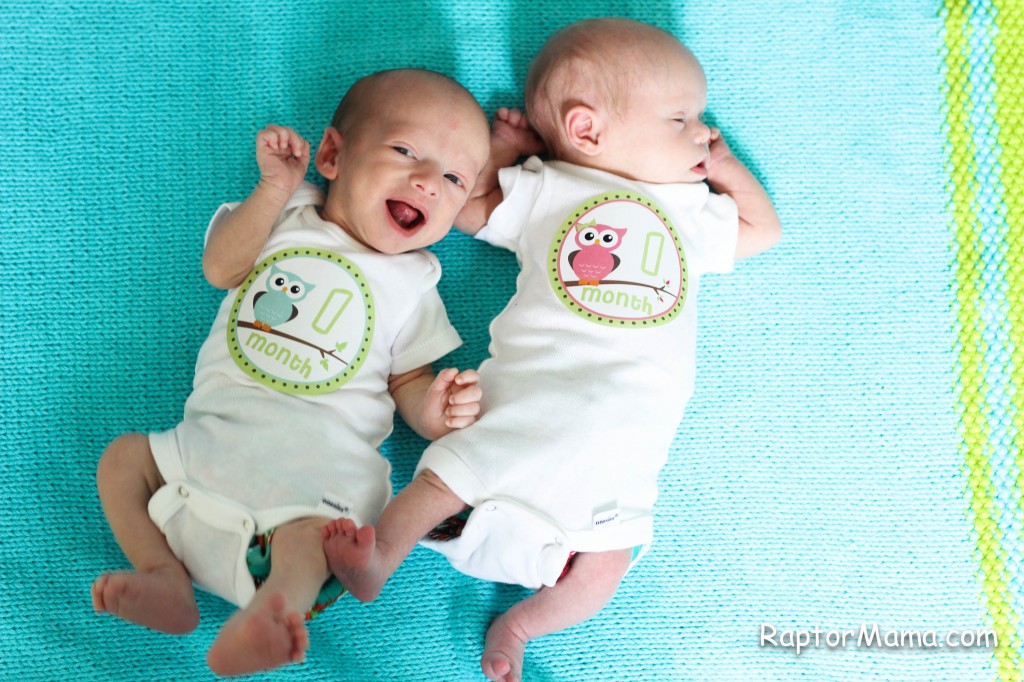 Our lives are definitely changing and in more, and different, ways that we expected.  I never blogged about it, but we had a ridiculously complicated pregnancy with the twins including, but not limited to, a prenatal diagnosis of hydrocephalus for Baby A (that’s our sweet little Mia) so we were expecting her to need brain surgery (at a different hospital) within a day or two of her arrival.

They were born at 37 weeks 1 day gestation via an unplanned, but not emergency, c-section.  Maybe I’ll blog about that at some point.  We had mentally prepared for Mia to be whisked off to the NICU, so we were pleasantly surprised when both twins were allowed to room in with us.  The pediatrician came to examine them and gave us the great news that, while Mia would still need an MRI and to see a neurosurgeon, it did not look like she would need surgery right away.  In fact, she might not need it at all!  And there was much rejoicing.  🙂

Then he dropped a bomb on us.

“Has anyone talked to you about the possibility that Mia has Down syndrome?”

Um, come again?  What are you talking about?!?

Due to some of our earlier pregnancy complications, we had not been able to do the blood work to screen for chromosomal abnormalities at 13 weeks.  That said, I pretty much had an ultrasound every week of my pregnancy and there was never any indication that Down syndrome was a possibility so to say that we were shocked would be a massive understatement.

It took about a week to get the genetic testing back, and it showed that yes, in fact, Mia does have Down syndrome.  No lie, it took me some time to process that, but now we can’t imagine her any other way.  She (and Xander) are perfect just as they are (though Xander could do with sleeping a bit more, lol.)

I imagine this blog will be undergoing a bit of a transition.  I’m still crafting (well, not much, but I will be!!!) and I’ll still blog about my crafty adventures.  I just envision that I’ll also be blogging a bit more about our adventures with newborn twins and a 5 year old.  After all, it’s only been 5 1/2 weeks and we’ve already had to call 911 (Xander had to learn the hard way that we don’t breath in our own puke!).  Who can tell what adventures the summer will bring.  🙂