As predicted, we fell far short of finishing everything from our A is for Apple unit.  I’m totally cool with that.  Raptor and I had a delightful week (ok, that’s a bit of a stretch.  I’m sure anyone who has had prolonged experience with a 3 year old is giving me the side eye right about now.) and I think it really helped that I had some go to activities planned.  Our Bee week is a little less structured, only because I found that the structure wasn’t working for us.  I printed off a bunch of “worksheets” (Kate couldn’t get enough of these last week), planned 5 crafts/ activities, and made 5 Montessori-ish trays. 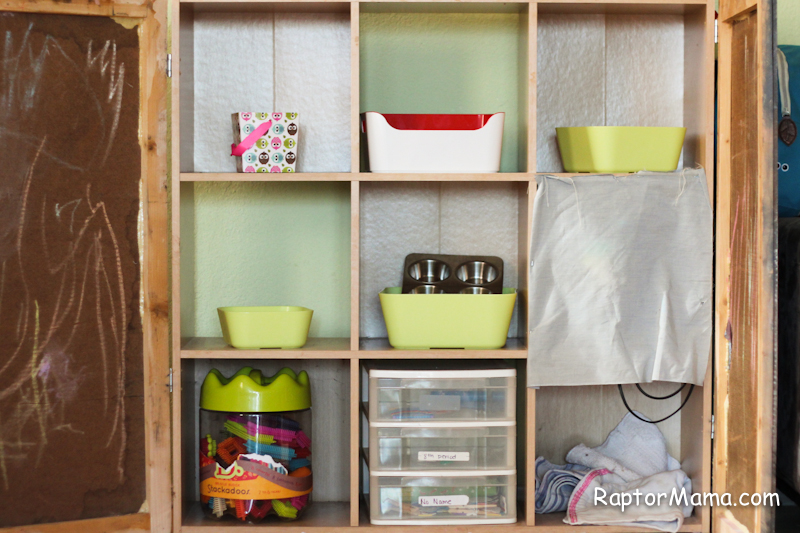 I keep our trays in this cabinet.  It was just a modular bookshelf thingy from Target, but RaptorDad was kind enough to add doors that latched when I decided to repurpose it from shoe storage to work tray storage.  He even spray painted the doors with chalk board paint.  Y’all, he’s a keeper.  😀 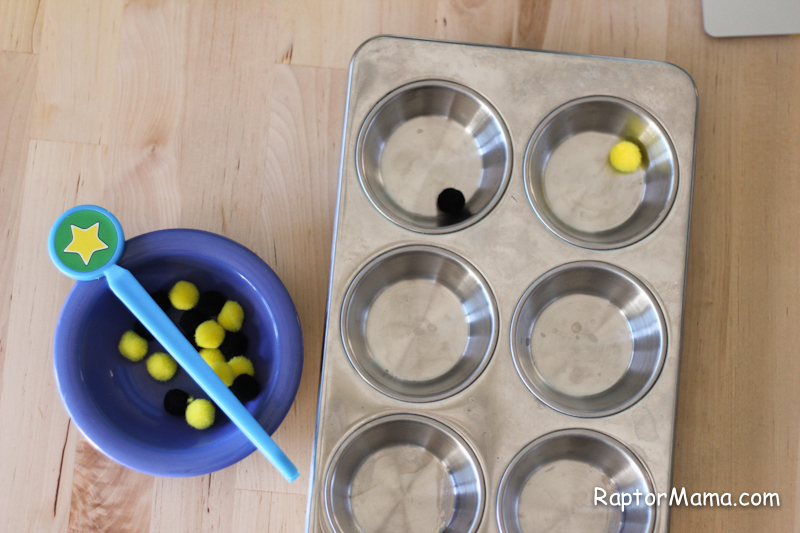 Our first tray this time is an oldie but a goodie.  Transferring pompoms (yellow and black this week to go with the bee theme) from a bowl into a muffin tray with tongs. 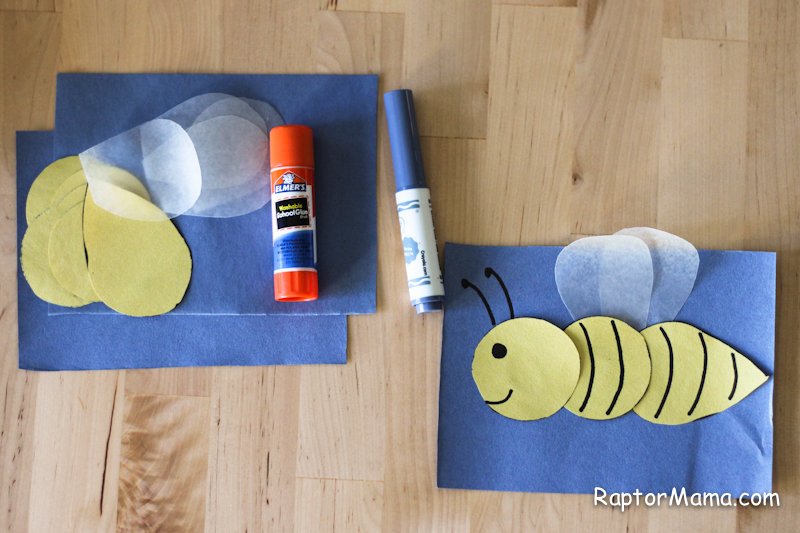 I think she’s going to *love* this one, though I’ll admit that I have some reservations about giving her free reign with the glue stick.  I cut out all of the pieces for the bee (including wax paper wings) and put them in a tray along with a marker, glue stick, and an example. 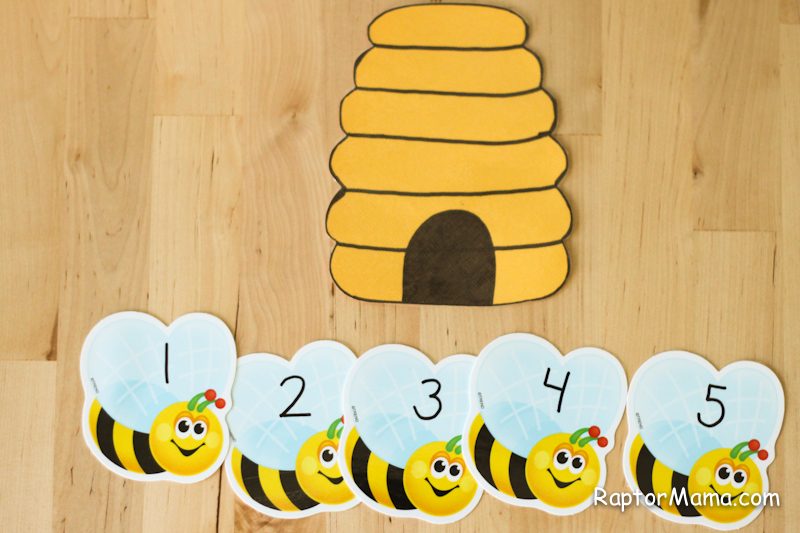 This one goes along with a little song.  Something about bees which escapes me at the moment. ::note to self, look this up before tomorrow::  I bought the bees at a teacher supply store a million years ago, they’re Learning Trend.  I cut the bee hive out with my Cricut using this SVG file.

Edited to add:  OK, I just looked it up.  Here ya’ go.  Incidentally, they have a ton of cute Montessori bee ideas.

Here is the beehive
But where are the bees
Hiding inside where nobody sees
Watch and you’ll see them come out of their hive — 1, 2, 3, 4, 5
Buzzzzzzzzzzzzzzz 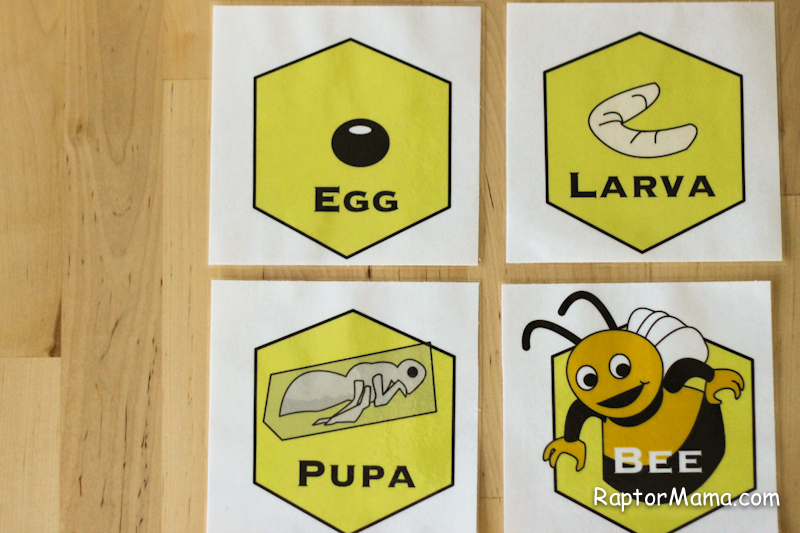 RaptorDad made me these life cycle cards. 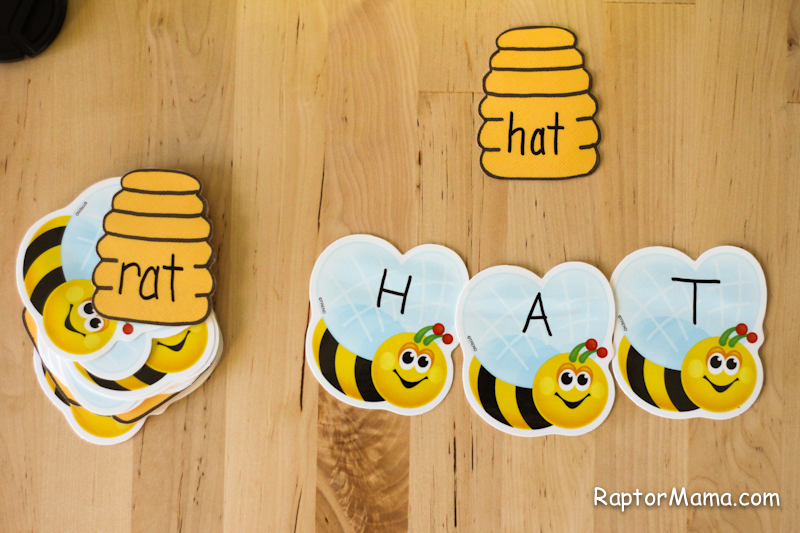 Raptor seemed a bit bored with just the alphabet last week, so I thought I would mix it up a bit these weeks.  I wrote out some CVC words on beehives and then wrote the corresponding letters on some bees.  I deliberately did the words in lowercase and the letters in uppercase so Raptor could practice matching.  I hoping that this encourages some phonics practice, but I’m not overly concerned about it. 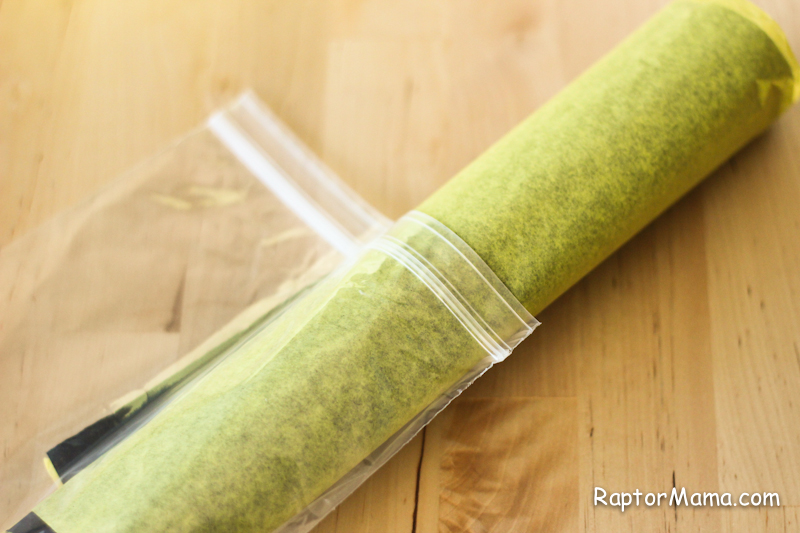 The other thing that I did this week was to prep some craft projects.  I have tissue paper and contact paper all ready to make some more faux stained glass.  This time a bee and the letter B. 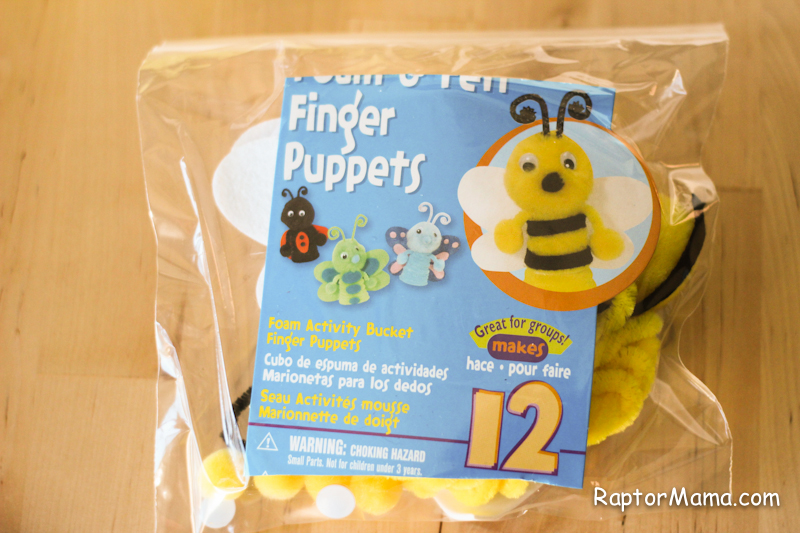 We found these little finger puppets at Joannes and I sorted them so they would be easier to assemble later.  It makes 3 bees. 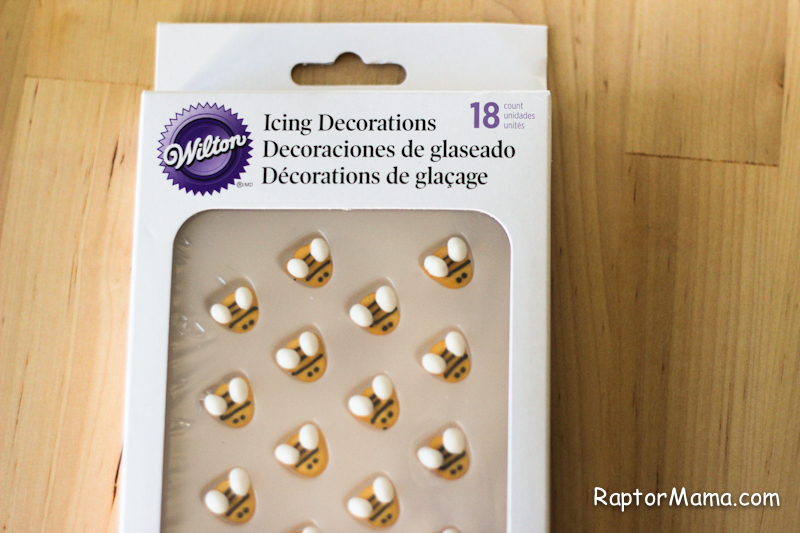 And how awesome are these?!?  They’re another RaptorDad find from Joannes.  I’m thinking that one day we’ll do a sensory bin with spit peas and these, then another day we’ll make and decorate some cookies with the.  Which reminds me, I need to add split peas to the grocery list.  🙂

That gives us 4 special things to do, in addition to the trays.  We have tentative plans to go to a strawberry farm (B is for berry!) on Friday and I think that will round out our week nicely.

I’m currently working on C is for Caterpillar and D is for Dinosaur.  Suggestions for other letters?  I’m leaning towards F is for Frog and H is for Heart (so that I can reuse all of my Valentine’s Day stuff!) but other than that I’m open to ideas.  🙂