Time for a new theme!  I had a really hard time deciding on what to do for G.  Gorilla?  Giraffe?  Goat?  None of these were really striking my fancy, which was a bummer since I had tons of ideas for F.  Frogs, fish, flowers…  Then it hit me.  I could do flowers if we did G is for Garden!  Perfect.  Here are my trays for the week. 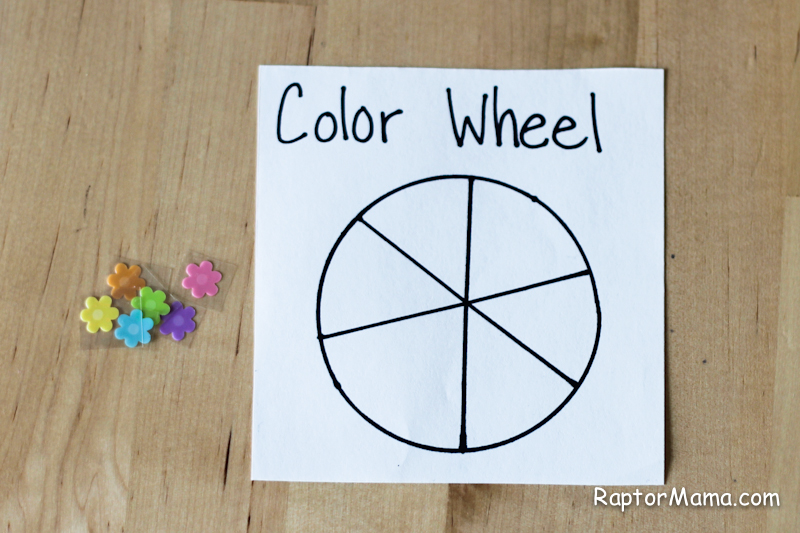 I found these flower stickers at Hobby Lobby and thought that we could continue with our color wheel/ rainbow fun.  I wouldn’t have repeated it, but that was the first thing Kate pulled out when I told her to get her last playing in with the frogs.  I probably should have made the color wheel in photoshop and printed it out, but I’m a bit pressed for time this week so I just drew it with a sharpie. 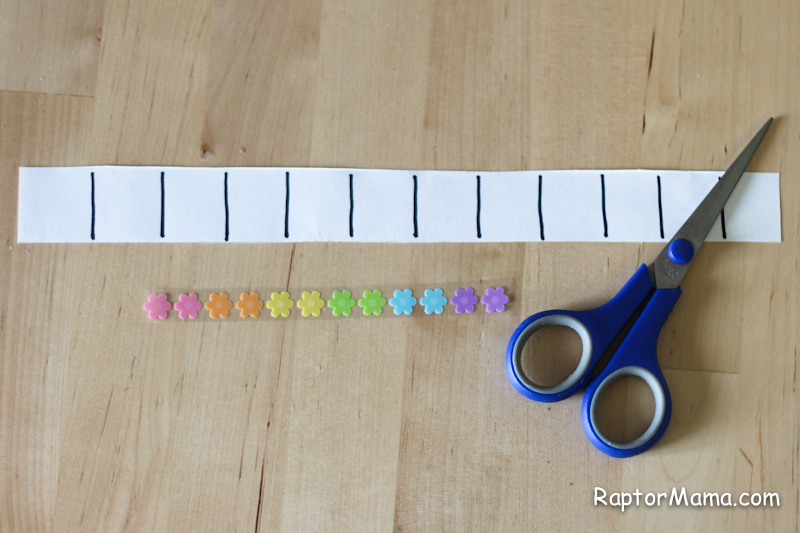 Here’s another activity with the stickers.  The idea is to put one in each spot and then cut them apart.  Extension ideas include making patterns or rainbows. 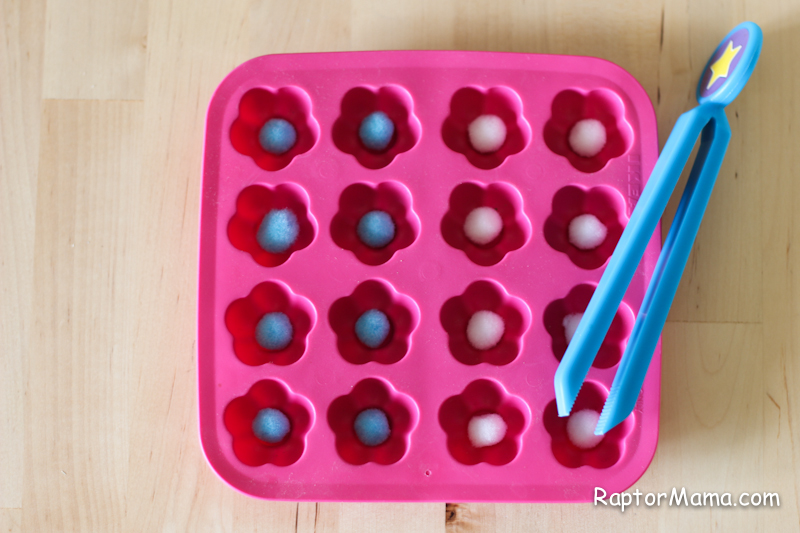 I made this one with E (3.5) in mind, but as soon as Raptor saw it she demanded to play with it.  First she just put one puff in each spot using the tongs.  Then I suggested she make some patterns and try to replicate them.  She really liked this. 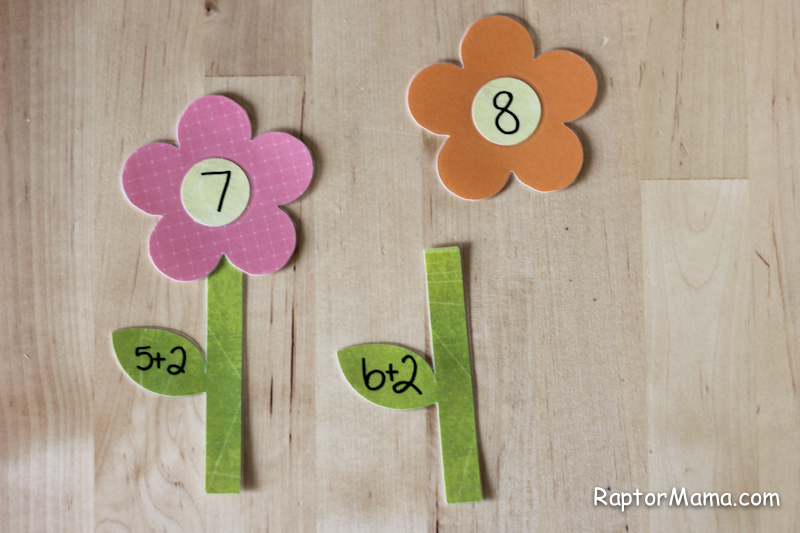 We’re taking a week off of the sight words, but I thought we’d still do a bit of math.  The problems are on the stems and the answers are on the flowers.  I made these more with A (almost 6) in mind since I think they might be a bit hard for Kate to do without counters.  She frequently surprises me though so we’ll see.  🙂 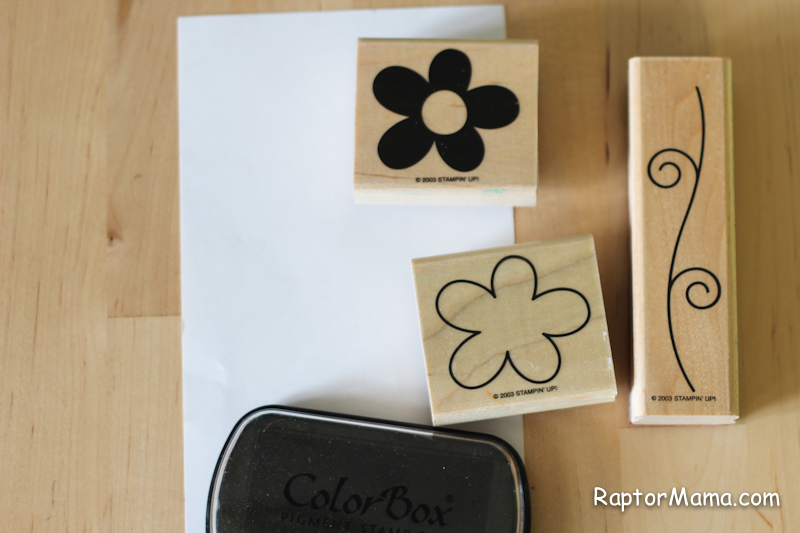 I was cleaning up my scrap desk (shocking I know) and I came across these stamps so I threw them in a tray with a stamp pad and some paper.  I figure the girls can make some gardens and then color them in.  🙂

I also have some foam flower stickers which I figure we’ll play with this week.  It’s a bit late in the season to be growing things from seed here on the surface of the sun, but I’m pondering ways to do this with the girls.  We’ll see.  RaptorDad also really wants to make a “Dirt Cake” so we might be doing that later in the week.

I’m also halfway through with Raptor’s birthday banner, so finishing that is on the list for this week along with assembling goodie bags.  And maybe some party decorations.  Yikes!    Let’s hope it’s a productive week!